Academy trustees – who are they and what do they do? 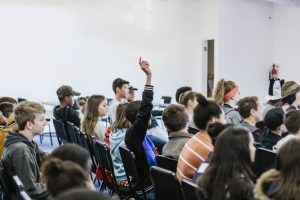 Multi-academy trusts (MATs) make up an increasingly large part of schools across England. But many people don’t know how MATs are structured, who trustees are, and how they compare to school governors.

The education landscape has changed drastically over the last ten years, so it’s not surprising that many people feel in the dark about schools and how they’re run. But the lack of understanding amongst the general public about academies and their setup means that many skilled and capable people are missing out on the opportunity to become trustees.

Being a trustee of an academy or a multi-academy trust is a challenging yet rewarding position. Elements of the trustee role differ to that of a school governor, but the core responsibilities remain the same. We’ve answered some of the key questions to help you understand more about the role, and highlight that while a responsibility, volunteering as a trustee is a valuable addition to both personal and professional life.

What is a multi-academy trust (MAT)?

MATs are a group of academy schools that are run in partnership with one another and exist outside of Local Authority control. MATs receive their funding directly from the Department for Education (DfE) and make their own financial decisions, which means they’re run more like businesses than maintained or Local Authority schools.

MATs have a CEO and senior management team who oversee the top levels of all schools within the trust.

What does a MAT or academy governance structure look like?

What do trustees do?

Trustees are a type of school governor, but they make up the board of trustees of a MAT. The main responsibilities of the trustees are to:

These are also the three key roles of a school governing board, but trustees operate at a higher level, overseeing strategy and finance across all schools in the trust.

For many people, volunteering as a trustee is a meaningful way to give back but also to develop skills and gain non-executive director experience.

Do trustees have liability?

Trustees are ultimately responsible and accountable for the trust. It’s up to them to make sure the trust is compliant with its charitable objectives, but also with company and charity law.

What are the differences between governors and trustees?

Trustees have more specific responsibilities than governors, especially when it comes to finances.

Because trustees are directors under company and charity law, trustees have legal responsibilities that governors of maintained schools do not. With no local authority to answer to, if anything goes wrong, the academy or MAT is accountable.

Who can be a trustee?

There aren’t any specific requirements to be a trustee. Just like governing boards, a board of trustees must be diverse and made up of people with different skillsets. Professional backgrounds in areas such as HR, law, finance, and marketing are key skills needed on MAT trustee boards, but softer skills such as negotiation, problem solving, and leadership, are also great additions.

However, given the extra levels of responsibilities, trustees must be skilled, knowledgeable, and able to confidently support and challenge the leadership of a group of schools.

Trustees must also have the time to commit to the role, but in return, will gain high level strategic experience and insight into becoming a non-executive director.

Does Governors for Schools recruit and place trustees?

Yes – we work with a number of MATs across England to find highly skilled trustees for their boards.