A governing board is made up of people from the school and wider community. We’ve outlined the types of governors you can expect to see around a governing board. 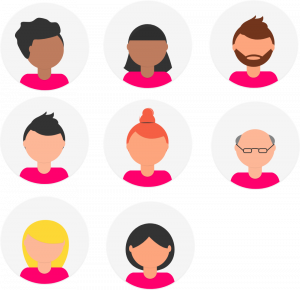 The majority of governors we place are co-opted governors. These volunteers don’t have to have a connection to the school, religion, or the local authority. Co-opted governors, in the opinion of the governing board, have the skills required to contribute to the effective governance and success of the school.

Foundation governors are appointed to the governing boards of voluntary controlled and voluntary aided schools to preserve the religious character of the school. There are foundation governors in every Church of England school and also in Roman Catholic schools. Together these schools make up more than one third of the state school sector.

Usually one or two members of school staff are elected by the staff to sit on the board as their representatives.

Similar to a company board, trustees are high-level governors who are both company directors and charity trustees. Trustees have legal responsibilities governors don’t, as the trust is liable should anything go wrong.